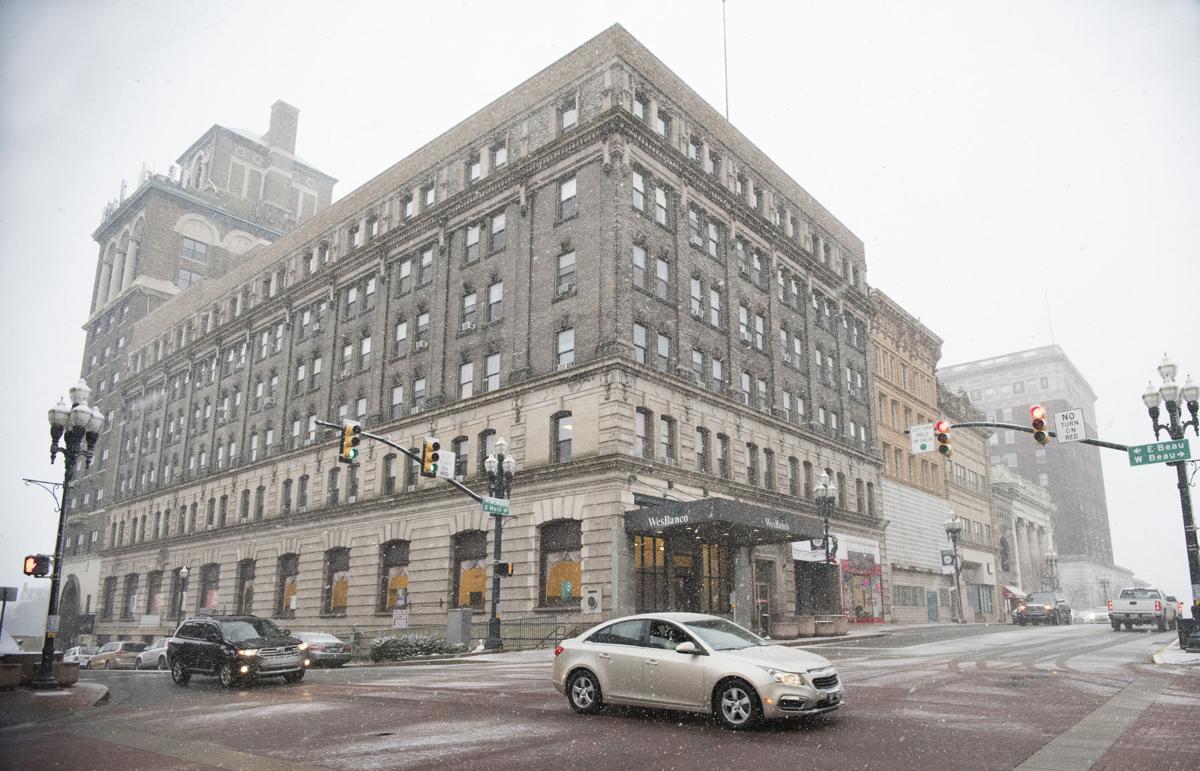 Ten stories high with many more to tell, the Washington Trust Building continues to stand tall. It is the highest vertical structure in the city of Washington, 154 feet, a yard higher than Washington County Courthouse – and equally distinctive.

The exterior of the venerable structure is weather-beaten, betraying its age. The first-floor façade is in need of a makeover, which is planned, but only after funding can be secured. Yet it stands with broad shoulders, not stooped, a testament to its durability. The place remains a comfortable home to a number of established business tenants.

Yet if you stepped inside right now, you wouldn’t believe the building is nearly a century old. Many of the former offices have been converted into spiffy apartments, six weeks or so from occupancy, and other work spaces have been renovated as well, for office or retail use. The tower has a new roof.

Thanks to an ongoing redo, Washington Trust Building is increasingly looking as if it were 97 years young, not old. The complex sits regally at the corner of South Main and East Beau streets, across from the courthouse, and renovations began in October 2017. While more work is ahead, the project is much closer to the wire than the starting gate.

“More than $10 million has been invested to reposition this important architectural building. We hope to bring it back to some semblance of its former glory,” said Bill Gatti, president of Trek Development Group, a Pittsburgh-based developer that has owned the Trust Building since 2013.