The Eagle Opens in Eighth and Penn 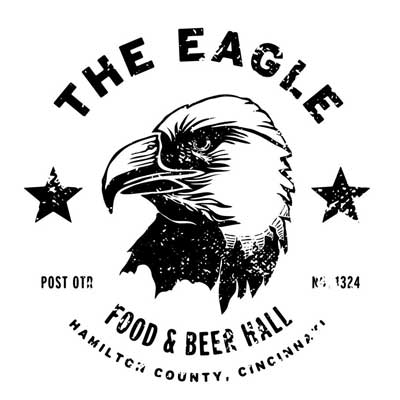 The Eagle Food and Beer Hall opens this weekend inside Eighth and Penn.

The Southern comfort food restaurant will be a great addition to our downtown building! Read a snippet of the Pittsburgh Tribune article below:

"The Eagle Food & Beer Hall calls its main dish 'cage-free all-natural chicken.' 'Our focus is fried chicken,” said co-founder Joe Lanni. His Cincinnati-based Thunderdome Restaurant Group owns The Eagle. The restaurant is located on Penn Avenue. The name comes from a former post office — transformed into a restaurant — in Cincinnati.

Thunderdome chose Pittsburgh because it has another establishment nearby, Bakersfield Tacos at 940 Penn Ave., which opened in 2016.

The menu offers whole or half chickens or a quarter of of white or dark meat as well as sandwiches and salads. Southern-inspired sides such include collards, succotash, horseradish mashed potatoes, spoonbread (iron skillet cornbread with maple butter), sweet potato crock (with toasted mini marshmallows), four-cheese macaroni and cheese and white cheddar grits.The design team created an open layout and used a lot of reclaimed wood for a rustic feel, said Lanni. The island bar is the center of the restaurant, Lanni said.

There will be bottled beer, 14 brews on tap (rotating through the year), one cider and one non-alcoholic root beer as well as cocktails, wine and sparkling drinks."

Want to know more? Next Pittsburgh covered the opening as well!