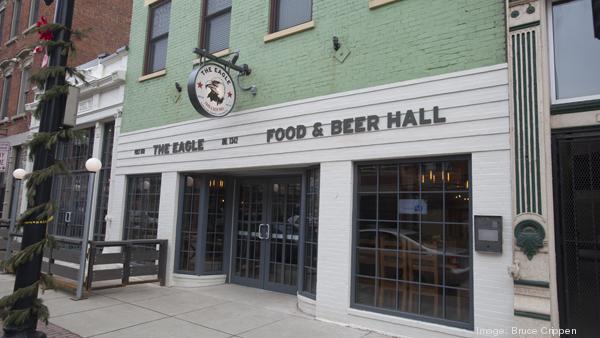 After first starting to search for a location in downtown around 2016,  Cincinnati-based Thunderdome Restaurant Group has reached a deal with the joint ownership of the new 135-unit Eighth & Penn apartment building opening this summer for The Eagle Food & Beer Hall to set up shop in a 6,000-square-foot space on the first floor.

With the building all but completed, Bill Gatti, president and CEO of Trek Development Group, which partnered on the new apartment building with Q Development, looks forward to The Eagle providing something he sees lacking in the downtown dining scene: a restaurant that is family friendly.

“It attracts a very diverse crowd of all ages, income and walks of life, unified over fried chicken,” said Gatti, noting the restaurant’s basic menu approach that has garnered rave reviews in its home market of Cincinnati. “It’s fried chicken and sides. That’s what it is.”