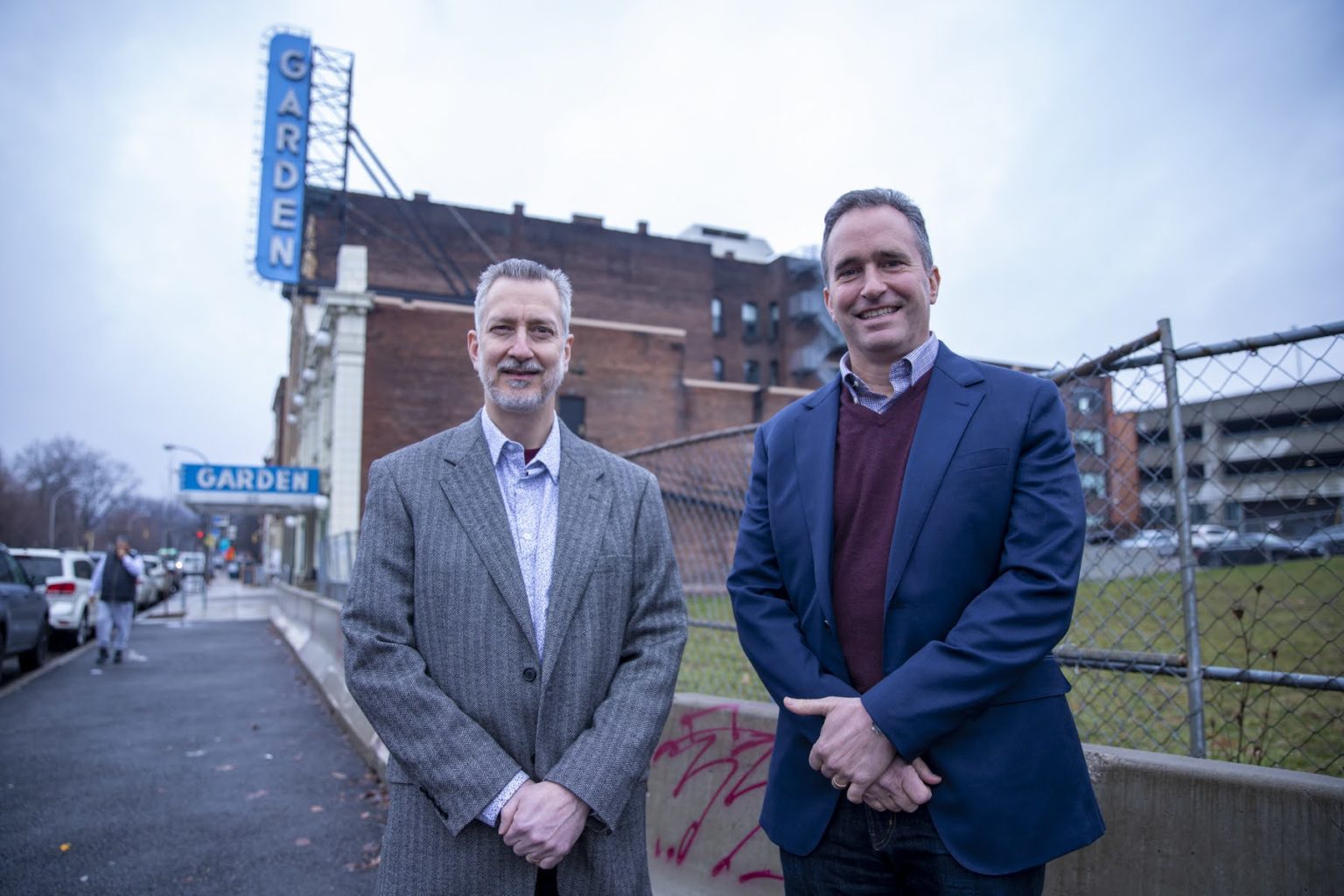 Read a portion below about what's happening at Garden Theater or visit Public Source for the full article!
Written by Diana Nelson Jones, fact checked by Danielle Cruz, and photos by Jay Mann.

After decades in limbo, with numerous legal challenges surmounted, redevelopment of the remaining lots of the Garden Theater block in the Central Northside is expected to begin in July or August.

The construction of a five-story apartment building with street-level retail will replace what is now a grassy corner of four lots at West North Avenue and Federal Street.

Rick Belloli, principal of Q Development, said recently that the project has jumped its legal hurdles and made it through every public review process. Q Development is a partner of TREK Development Group on the project. If construction starts according to plan, it will be completed by the end of 2022 or early 2023, he said.

This next step has been decades in the making. Numerous developers tried and failed to move the project forward since 2007. TREK and Q Development committed to the project in 2014, but years of legal appeals required design iterations and delayed their plans. What had been proposed five years ago as an eight-story building will now be a five-story building with between 47 and 50 apartments.

Learn more about the development by visiting gardenblockpgh.com