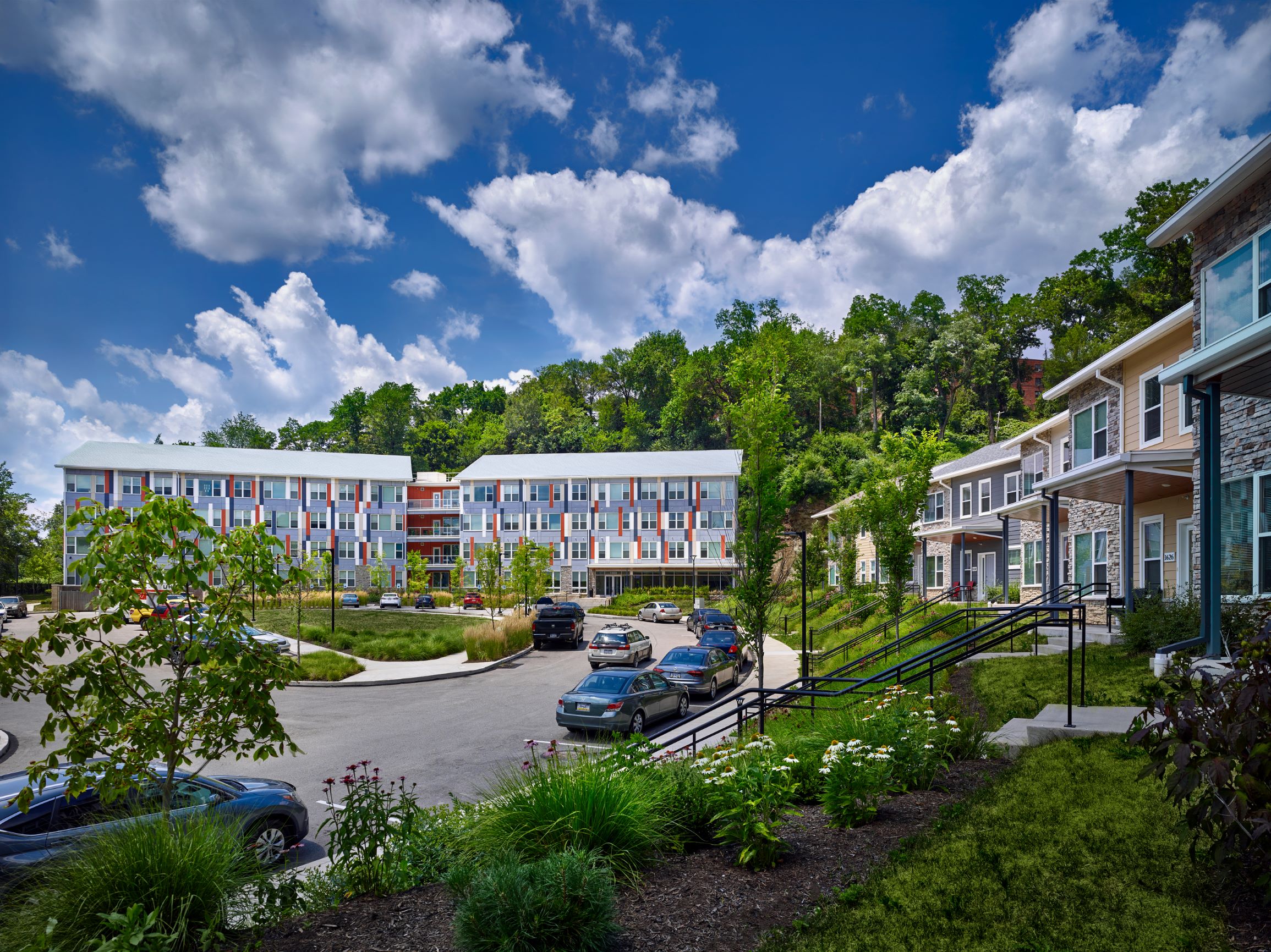 "At Sandstone Quarry Apartments, former residents of a public housing high-rise live with doctors who work nearby at Allegheny General Hospital on the North Side. Those who live in one of the 64 mixed-income units in the Fineview neighborhood also enjoy spectacular views of Pittsburgh. The development of apartments and two-story town homes that opened in 2019 provides “an authentic urban environment,” said Bill Gatti, president and CEO of Trek Development. The Andy Warhol Museum, New Hazlett Theater, National Aviary, Carnegie Science Center, PNC Park and Heinz Field are some of the nearby cultural and sports venues that can be reached by bike, foot or public transit.

'This is a life-changing experience for people who lived in Allegheny Dwellings,' said Latresa Zak, who knows all of the residents and deals with them regularly as community manager for Trek Development.

Rents for one-bedroom apartments are $875-$975 and $1,100-$1,350 for two- and three-bedroom units. Rent for 47 of the 64 units is subsidized and based on household income. Rent assistance is provided by the Section 8 program or through vouchers from the Housing Authority of the City of Pittsburgh.

The housing authority manages the wait list for subsidized apartments at Sandstone Quarry (www.sandstonequarryapartments.com). The list is long and vacancies are rare, said officials at Trek Development. They said they are contacted often by people who are willing to pay the full rent, but that is not possible for subsidized units.

Sandstone Quarry has free outdoor parking. Cats and dogs are permitted with a $200 fee and an extra $35 per month in rent. Service and assistance dogs are not charged.

So how did Sandstone Quarry gets its name? A real quarry stood on this site from 1888 to 1900, Gatti said. Workers rode a private incline in and out of the quarry and the incline house remains on the site. In 1943, the Pittsburgh Housing Authority opened Allegheny Dwellings, according to Historic Pittsburgh. Part of the public housing complex was demolished to make way for this development."