Lights go back on at the North Side’s Garden Theater, with groundbreaking for 57 apartments 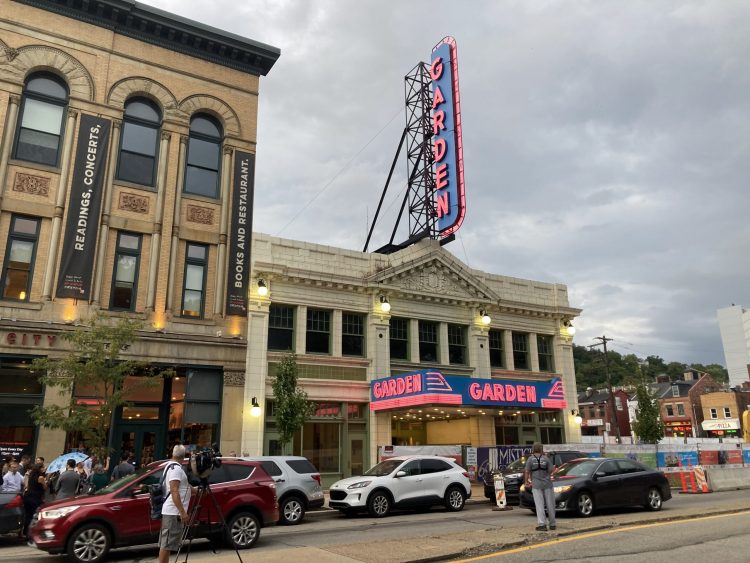 "Lights go back on at the North Side’s Garden Theater, with groundbreaking for 57 apartments"

"It’s bookended on the other side by the equally painstakingly redeveloped Masonic Hall, now home to a new restaurant (40 North), a superb bookstore specializing in translations and international authors and City of Asylum (a nonprofit refuge for persecuted writers from all over the world, from Venezuela to Iran), and a concert venue, with apartments above. Behind that is the 16-unit Bradberry Building, — designed by Frederick Osterling in 1902 — now restored into 16 apartments.

Behind 6 W. North is the Morton House, a much smaller three-story adaptive reuse/restoration of a Second Empire-style commercial building, with eight apartments.

In all, the Garden Theater block’s full build-out will bring 57 new residential units to one of the most prominent, and blighted, corners on the North Side, close to Allegheny General Hospital and across from Allegheny Commons Park, itself undergoing multiple rejuvenation and restoration projects."

Peduto said he and Murphy were mayors “of two very different cities,” as Murphy still had to deal with the lingering economic and demographic fallout from the great steel bust of the ‘70s and ‘80s.

“One that was on the operating table, having a heart attack, with an exit wound and suffering many diseases,” noted Peduto. “And another one that was on the verge of being able to rise up once again. This project may exemplify that more than any other development we’ve had the opportunity to work together on.”

Read the full article at https://bit.ly/GTBNextPGH