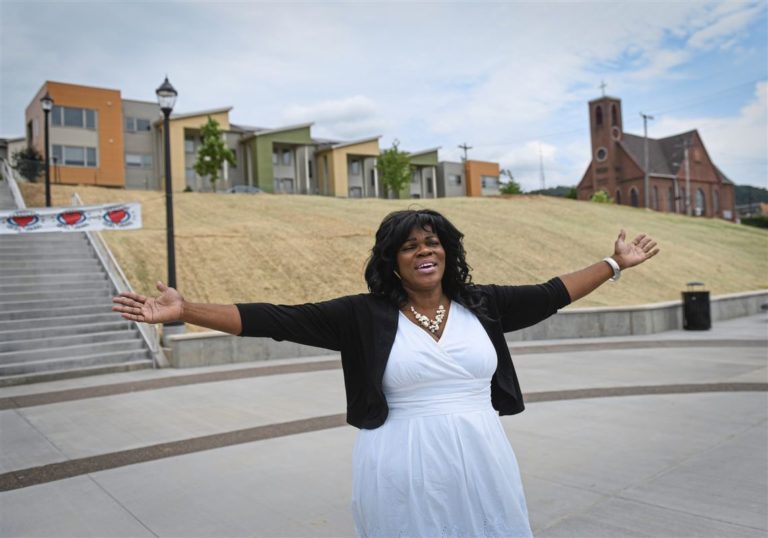 When UPMC Braddock closed eight years ago, Tina Doose said it felt like a blow to her body.

She remembered that after she was stabbed when she was 14, doctors at the hospital saved her life.

On Saturday, the now 56-year-old Braddock borough council president will stand — in pride not in pain – where the hospital once stood as she unveils a new public square.

“We’re calling it another life-giving space,” she said.

About the size of a football field, the Braddock Civic Plaza – located on Braddock Avenue in the center of town — will provide space for community gatherings. . Rows of trees and flowers line paved walkways dotted with tables for food truck patrons. A circular event space marks the square’s center.

Saturday’s ceremony reflects a new beginning, a rebirth for a community that has suffered, especially with the closure of its hospital.

“This community plaza represents the full, full circle in my mind,” said John Fetterman, Braddock’s mayor and Democratic candidate for lieutenant governor. “The entire site has not only been repurposed, but repurposed in the highest, best use possible.”