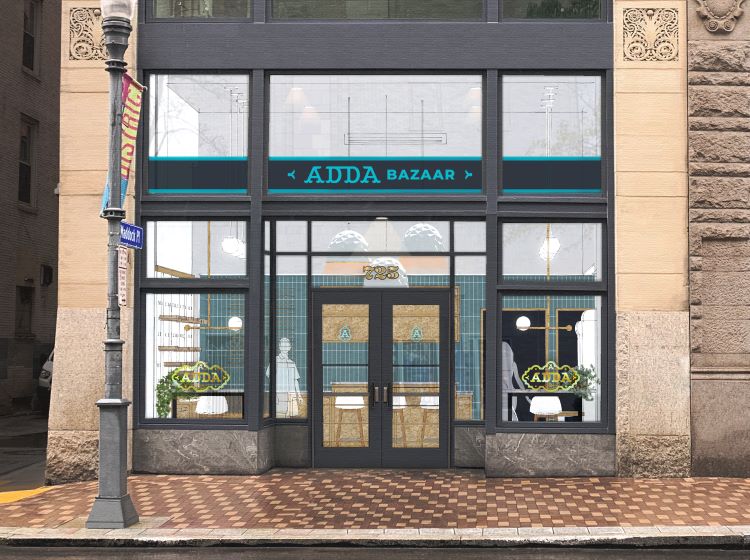 "“Adda Coffee & Tea House is about to add a fourth location.

On Thursday, May 6, the local chain’s fifth anniversary, the owners unveiled plans for a Downtown shop at 725 Penn Ave., across the street from the Benedum Center. It’s expected to open this fall.

‘We wanted to be part of the Downtown’s revitalization as life enters into a new normal while we recover from Covid-19,’ says founder Sukanta Nag, a native of Bangladesh.

The new Downtown café will be the second location of the company’s Adda Bazaar retail concept. Adda Bazaar in Garfield opened at 4905 Penn Ave. in October 2020, and doubles as a coffee shop and vendor hall where artisans sell their merchandise. Adda also provides product photography and other marketing tools. Customers can purse the goods in person or shop online.

Adda recently announced it is going carbon neutral with the help of a Paris-based startup that aims to remove 1 million tons of carbon dioxide from the atmosphere each year. CarbonCroc built a Shopify app to track the emissions of items in Adda’s e-commerce store and calculate the number of carbon offsets the business would need to buy to neutralize its footprint. Every month, Adda evaluates its emissions and buys offsets through CarbonCroc, which will then invest in certified carbon offset projects.

Adda, a Bengali word meaning to engage in friendly conversation and the place where that interaction happens, is rooted in the community. Nag launched the first café in 2016 at 200 S. Highland Ave. in Shadyside. A second spot at 926 Western Ave. on the North Side opened in 2018.

‘[Adda’s] unique product offerings (and even more unique dedication to community) will add to the returning vitality of Downtown living and working,’ says Bill Gatti, president of TREK.”"