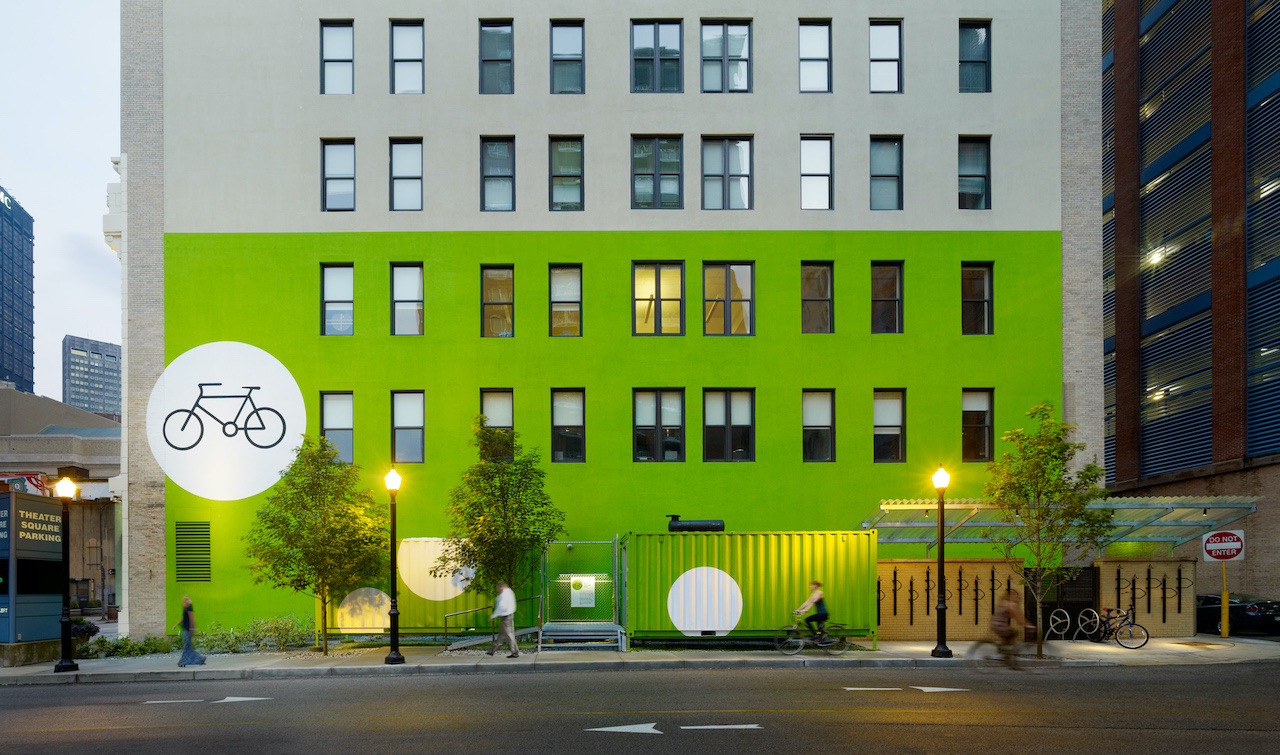 Downtown Living in the heart of Pittsburgh’s Cultural District 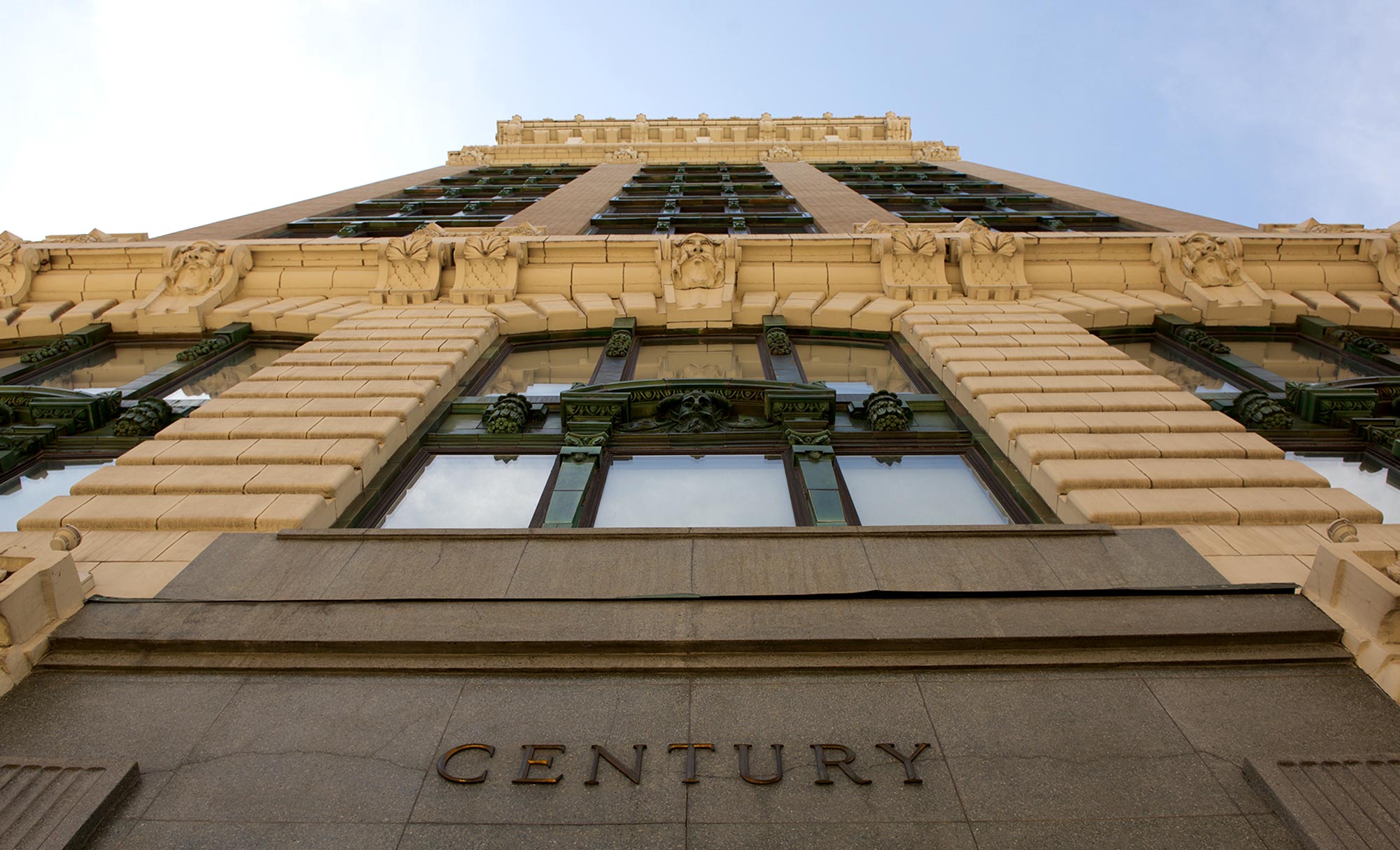 Downtown Living in the heart of Pittsburgh’s Cultural District

Built to house offices in Pittsburgh’s business district at the beginning of the last century, The Century Building was born anew in 2009 with a mix of Commercial businesses, Restaurants and Residential housing. The redevelopment process involved a refurbishment of the 12 story concrete structure.

The restoration included floor to ceiling windows, patented copper window bays, and a complete restoration of the buildings historic façade. The project is unique because it intersects affordability, environmental design, and historical preservation and transportation choices into one building. 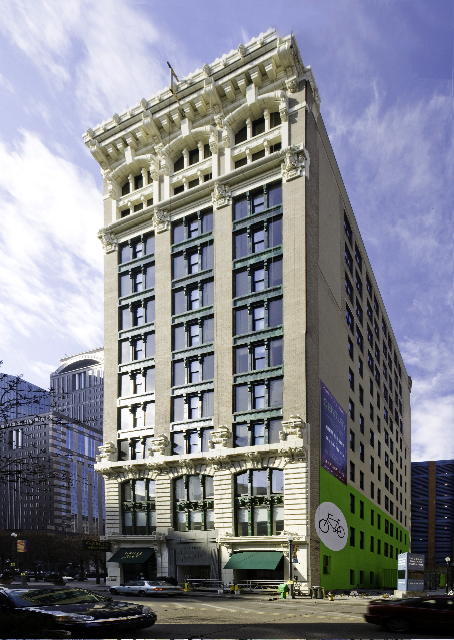 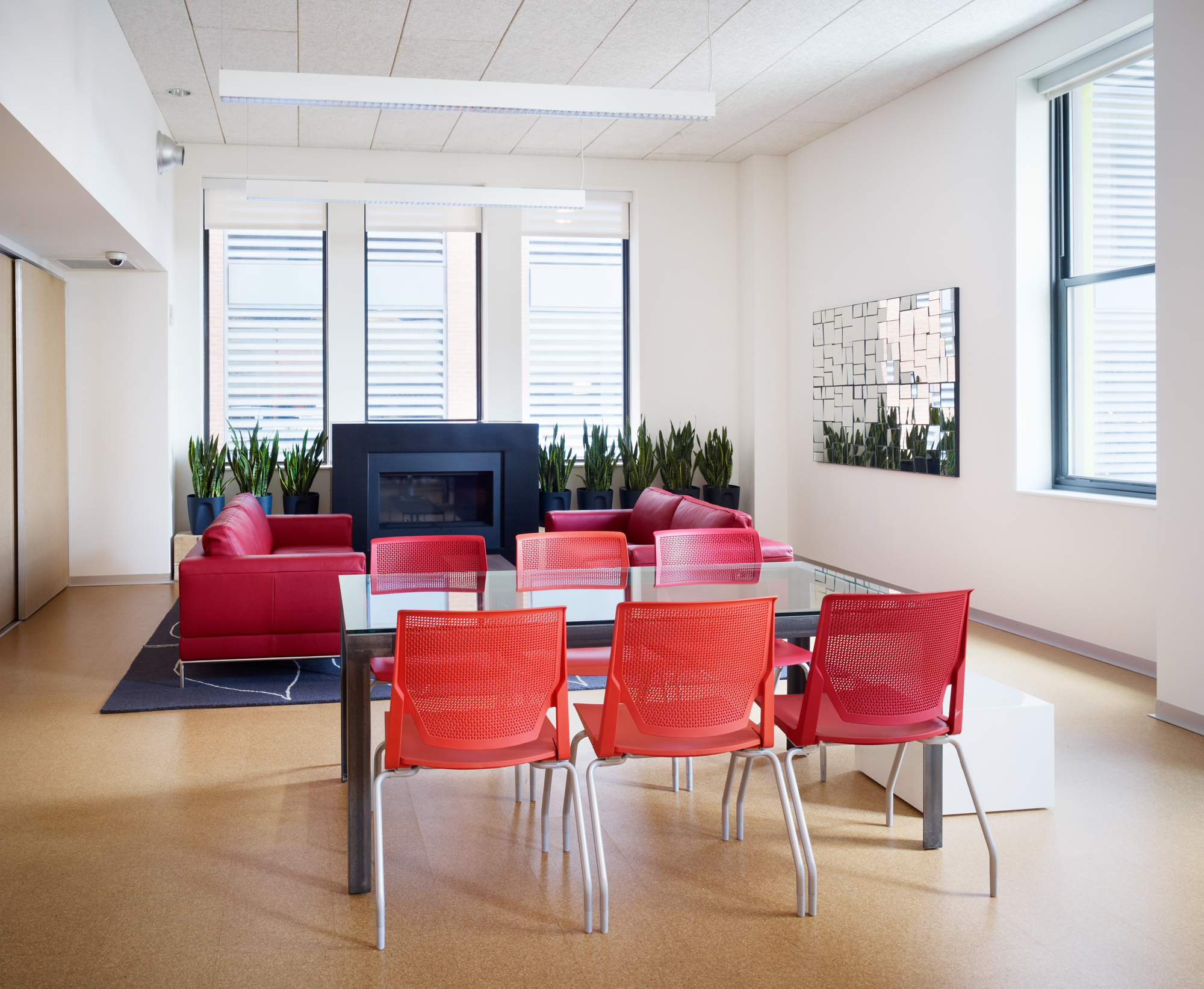 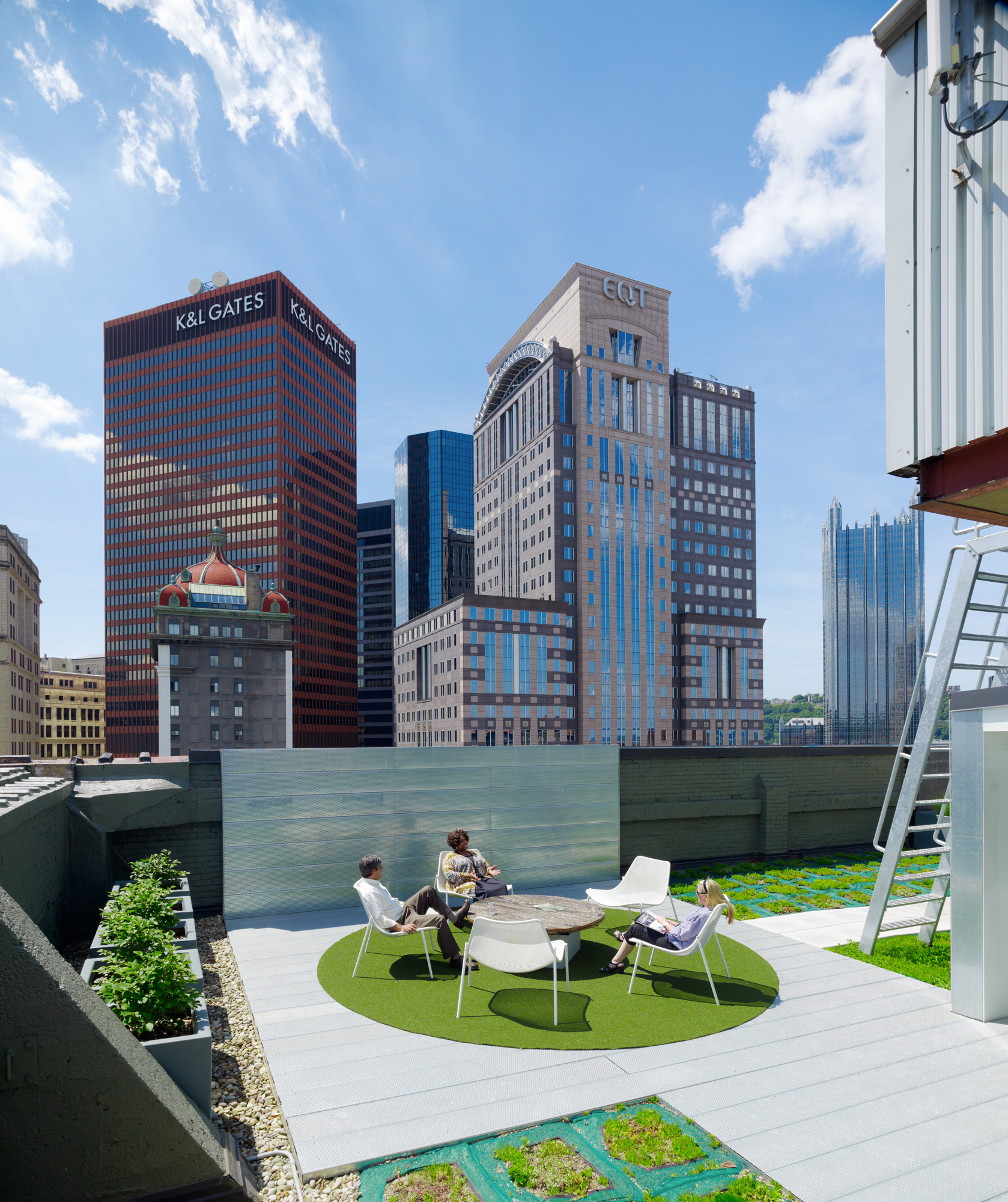 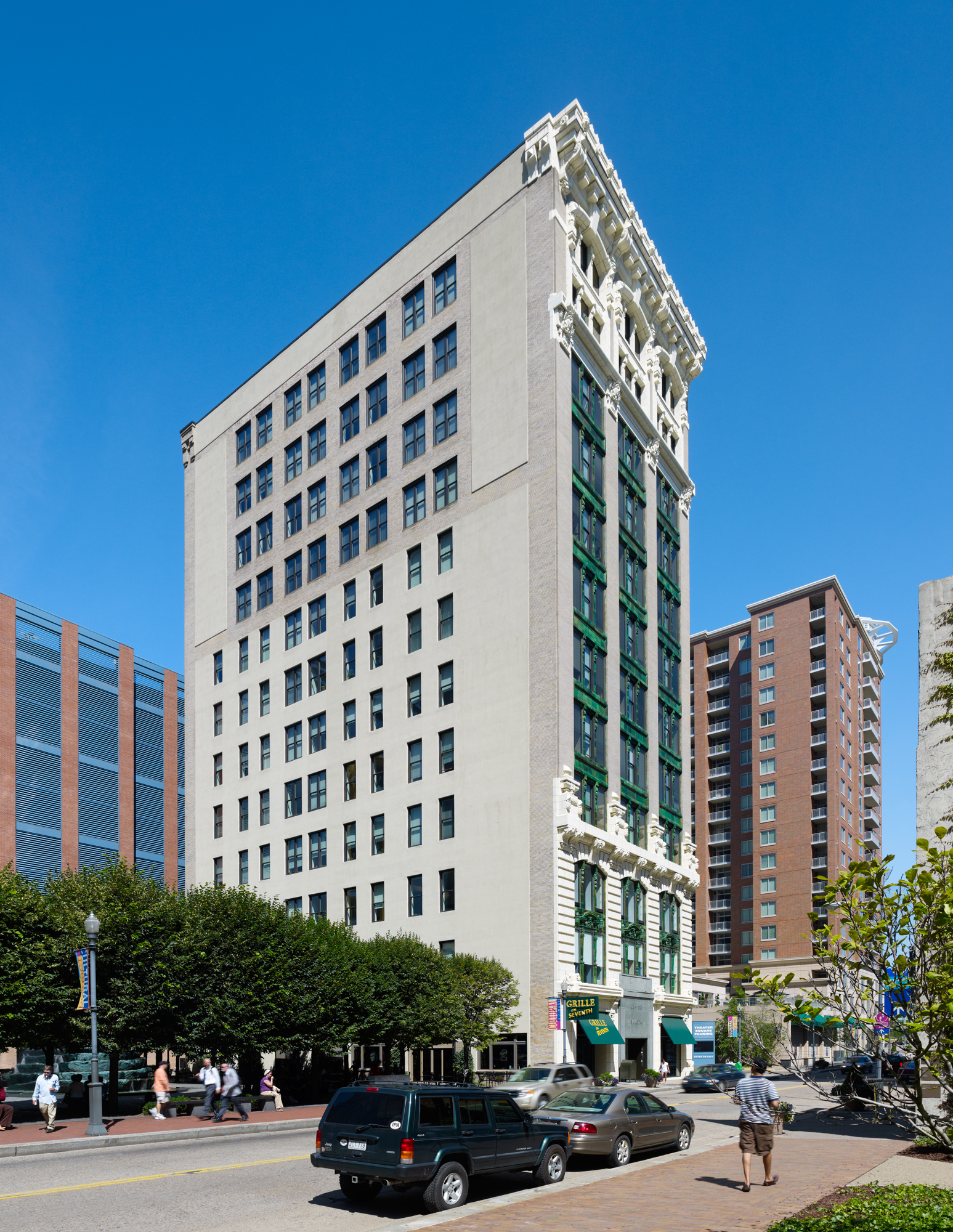 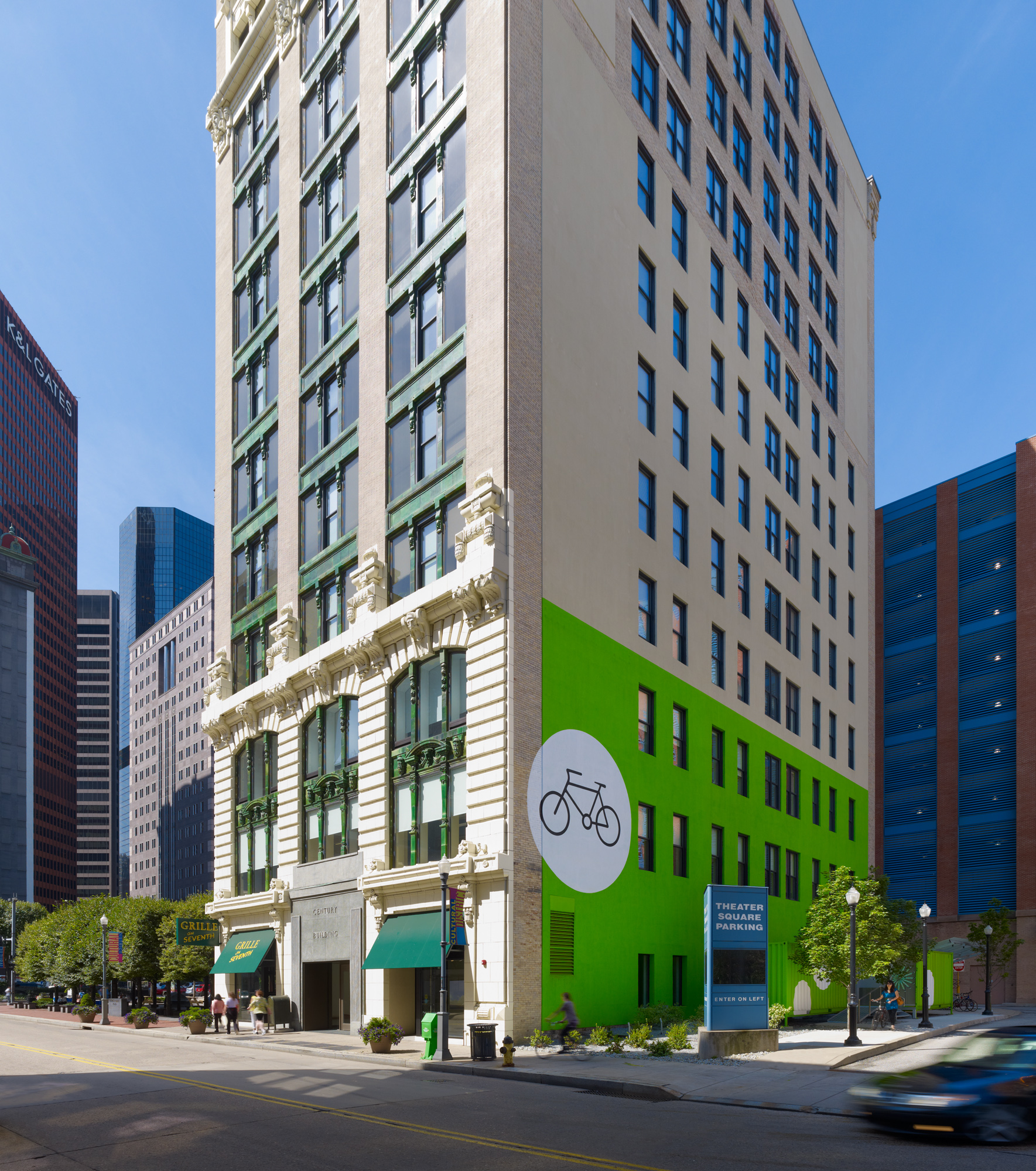 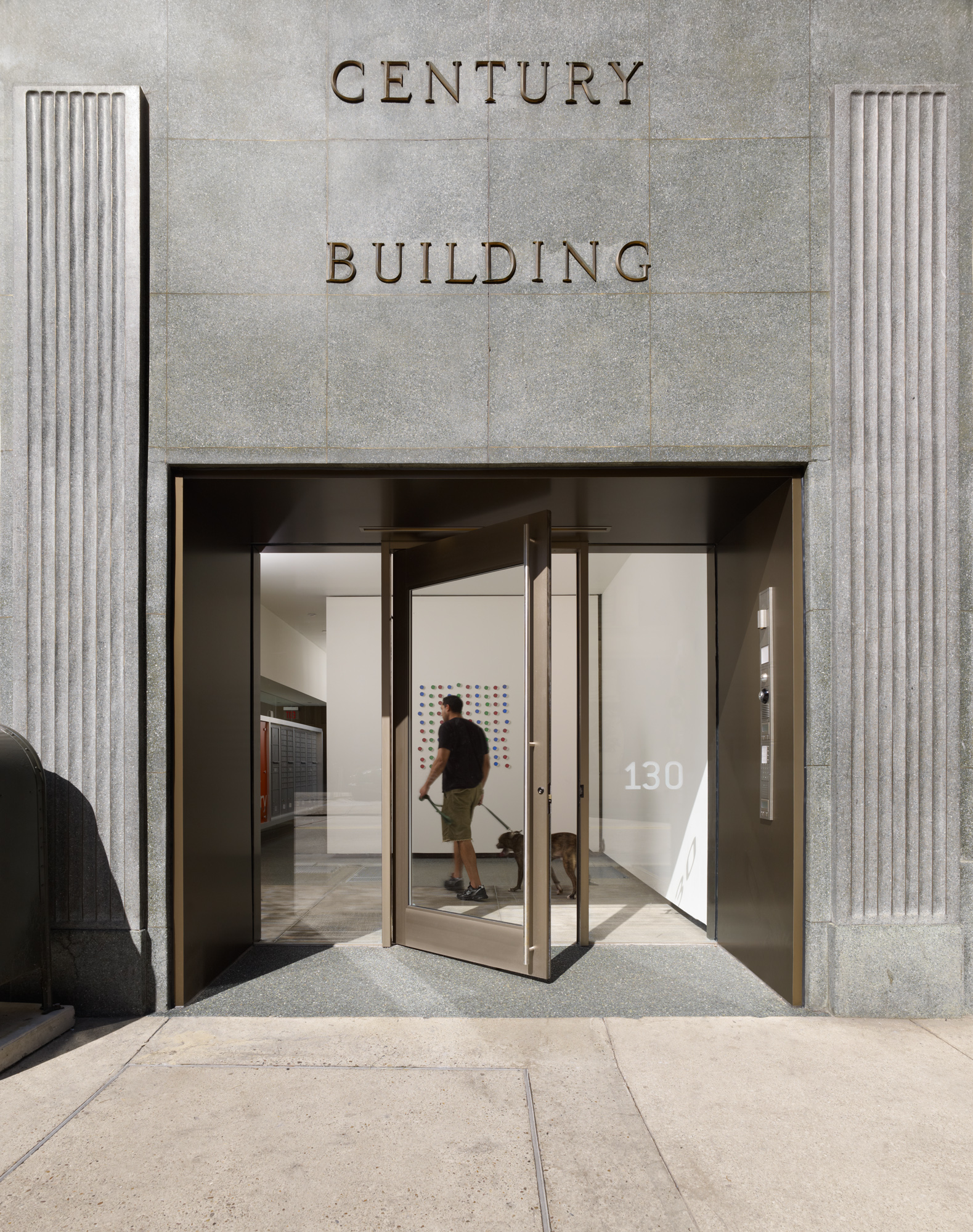 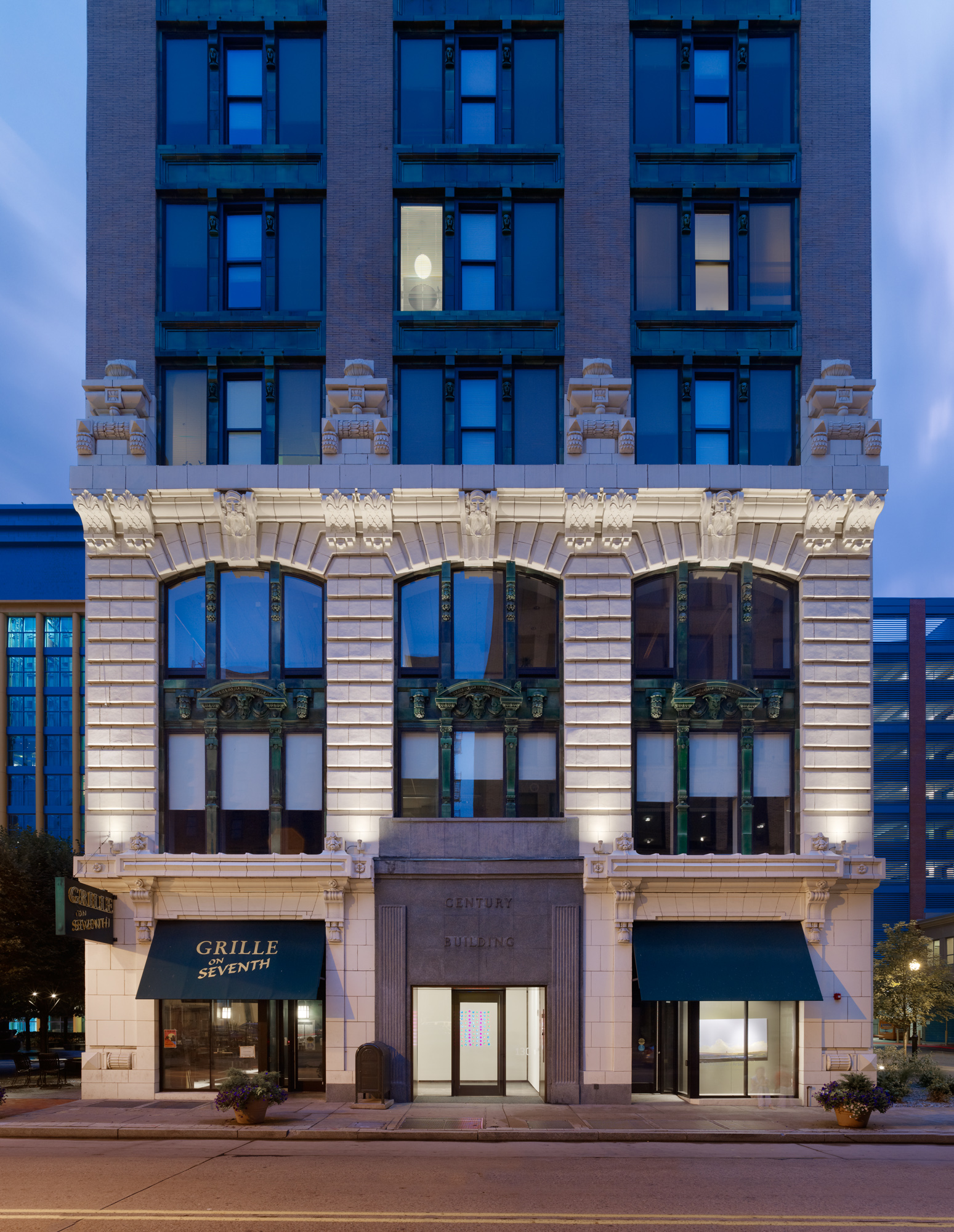 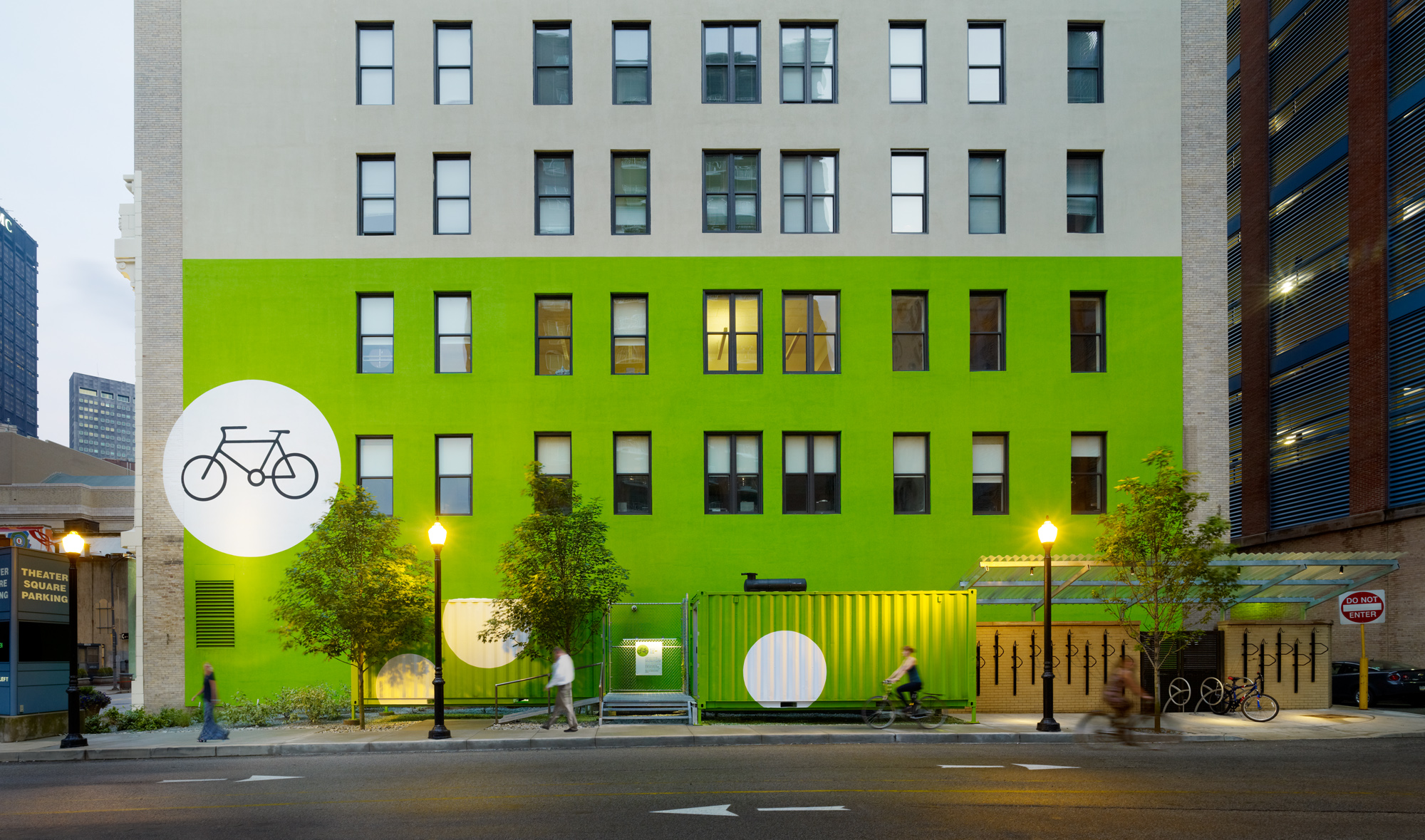 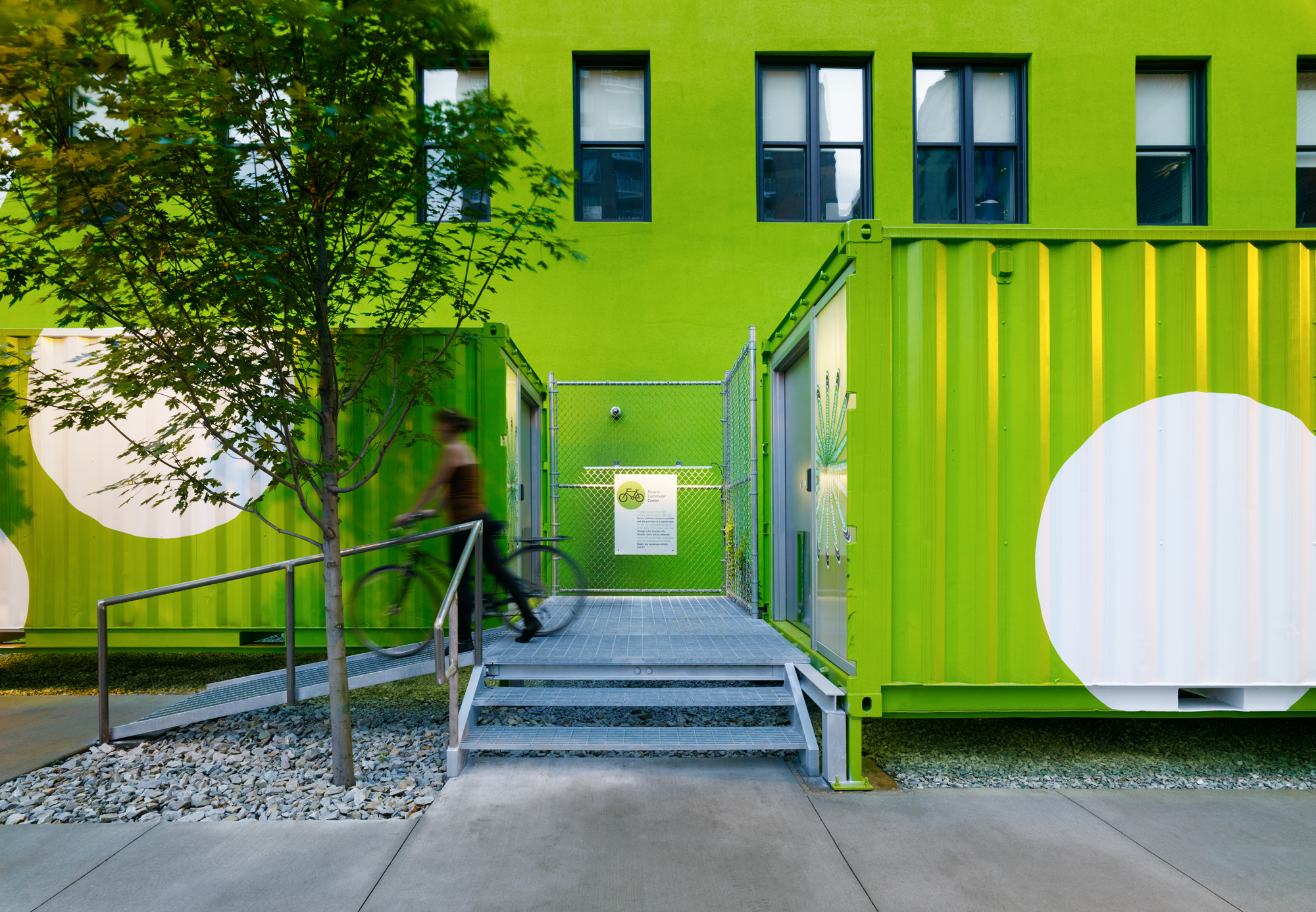 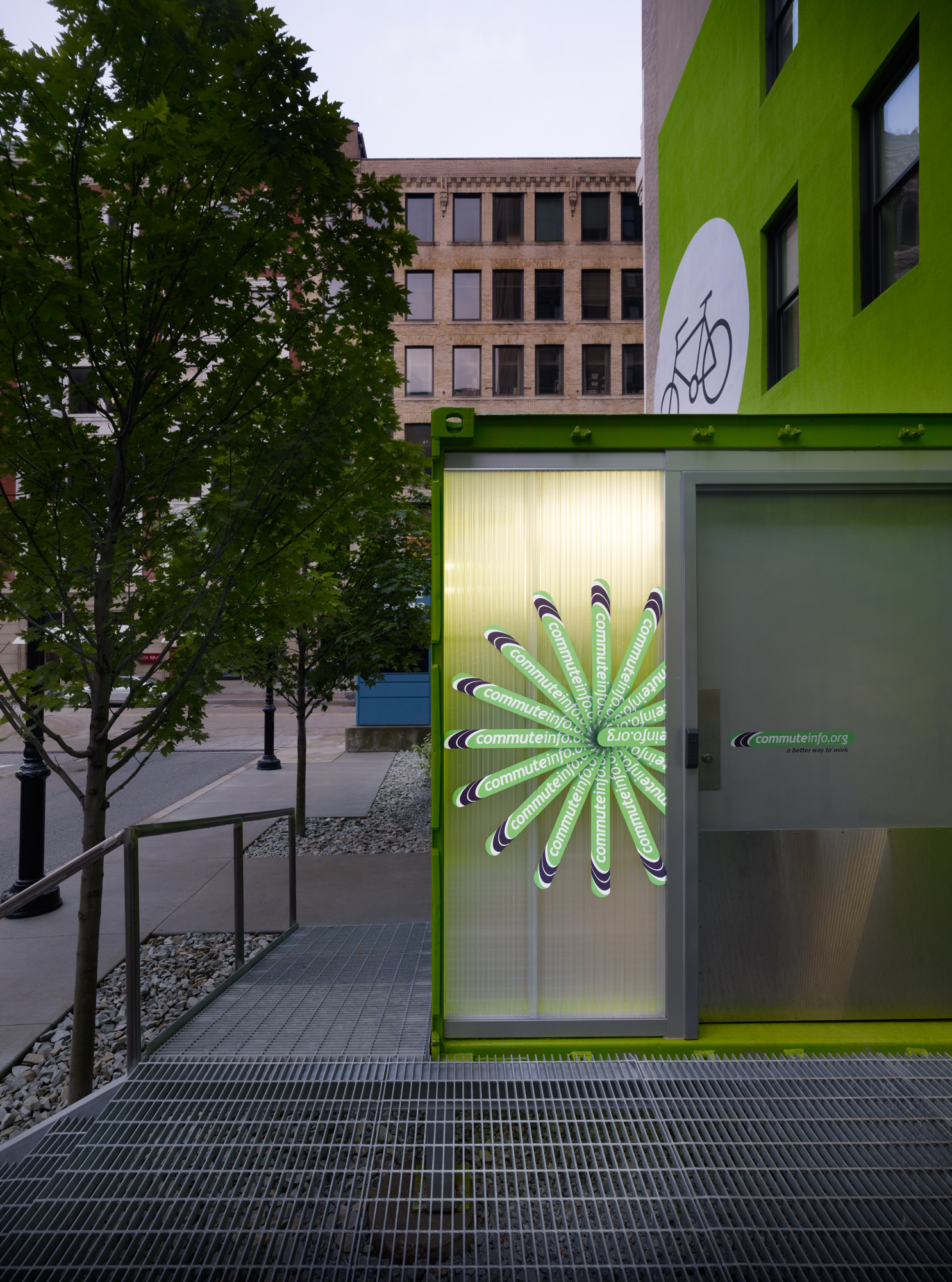 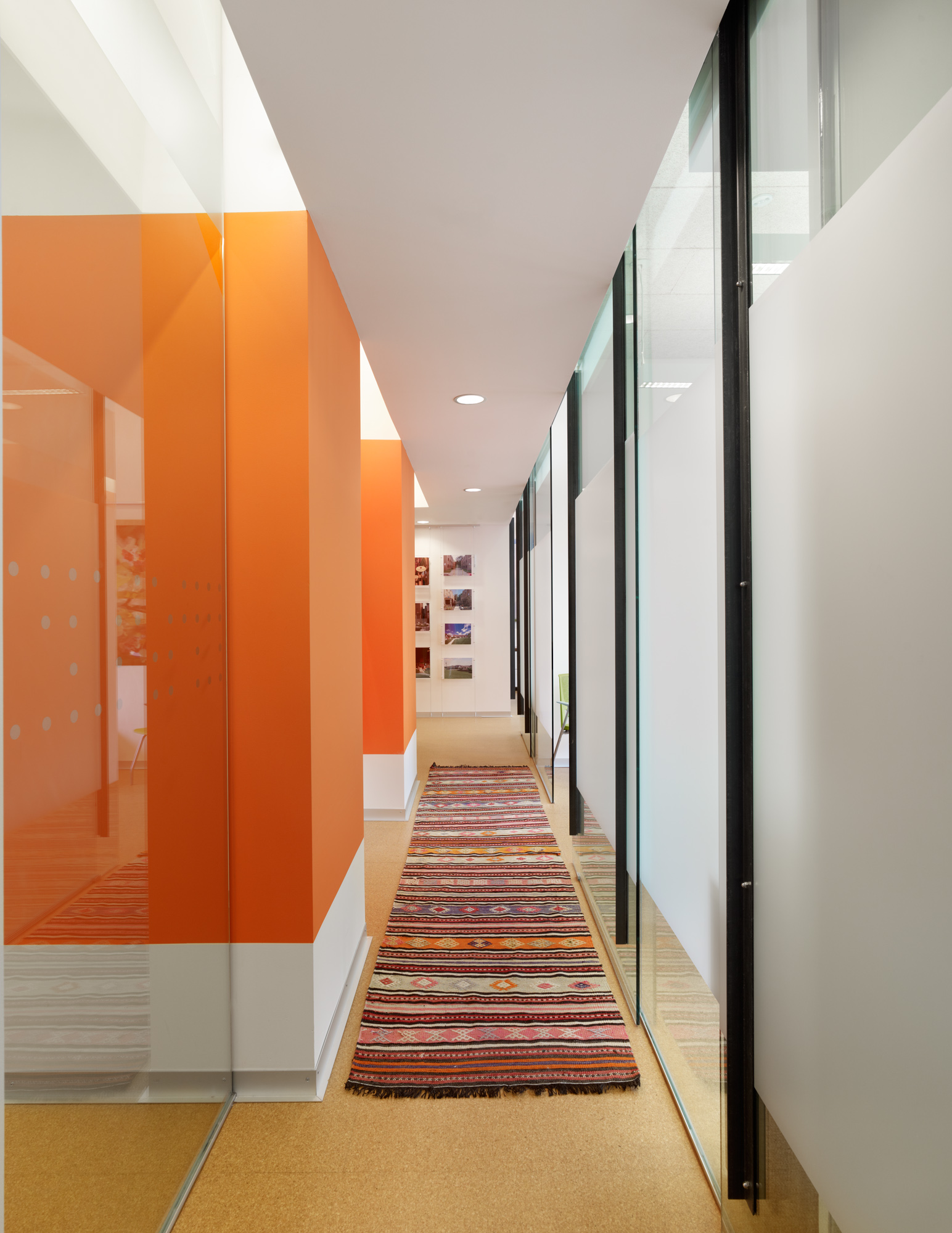 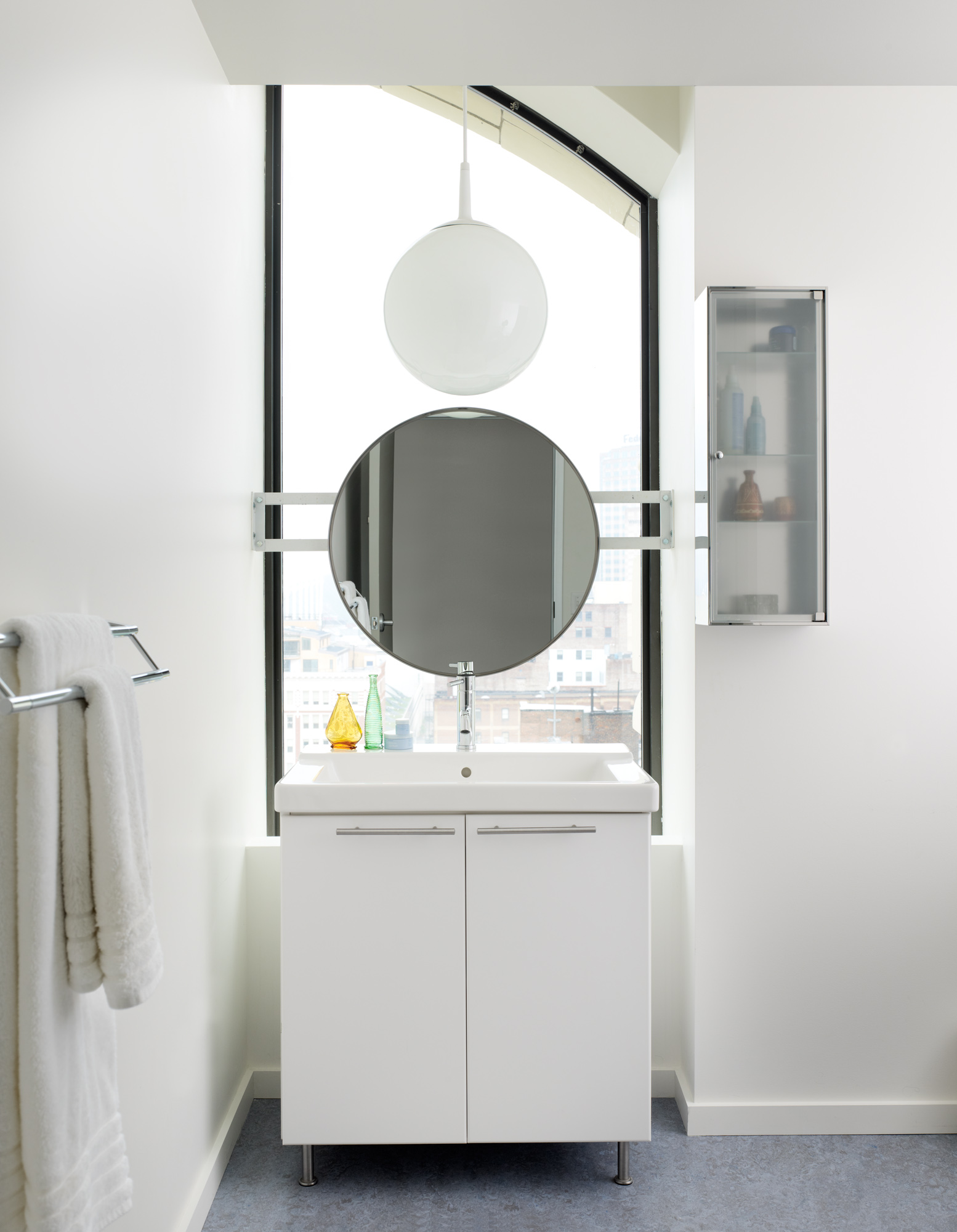 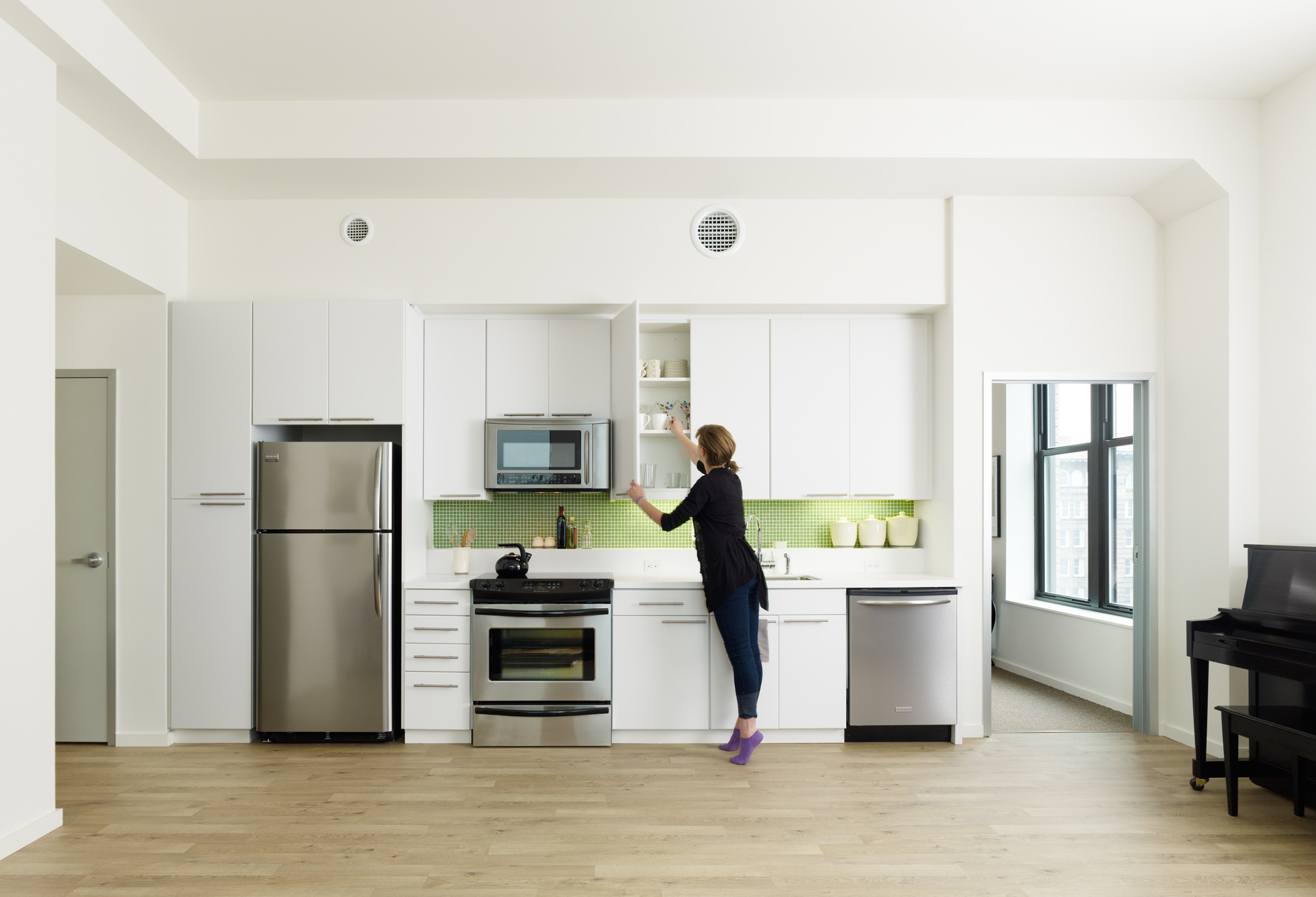 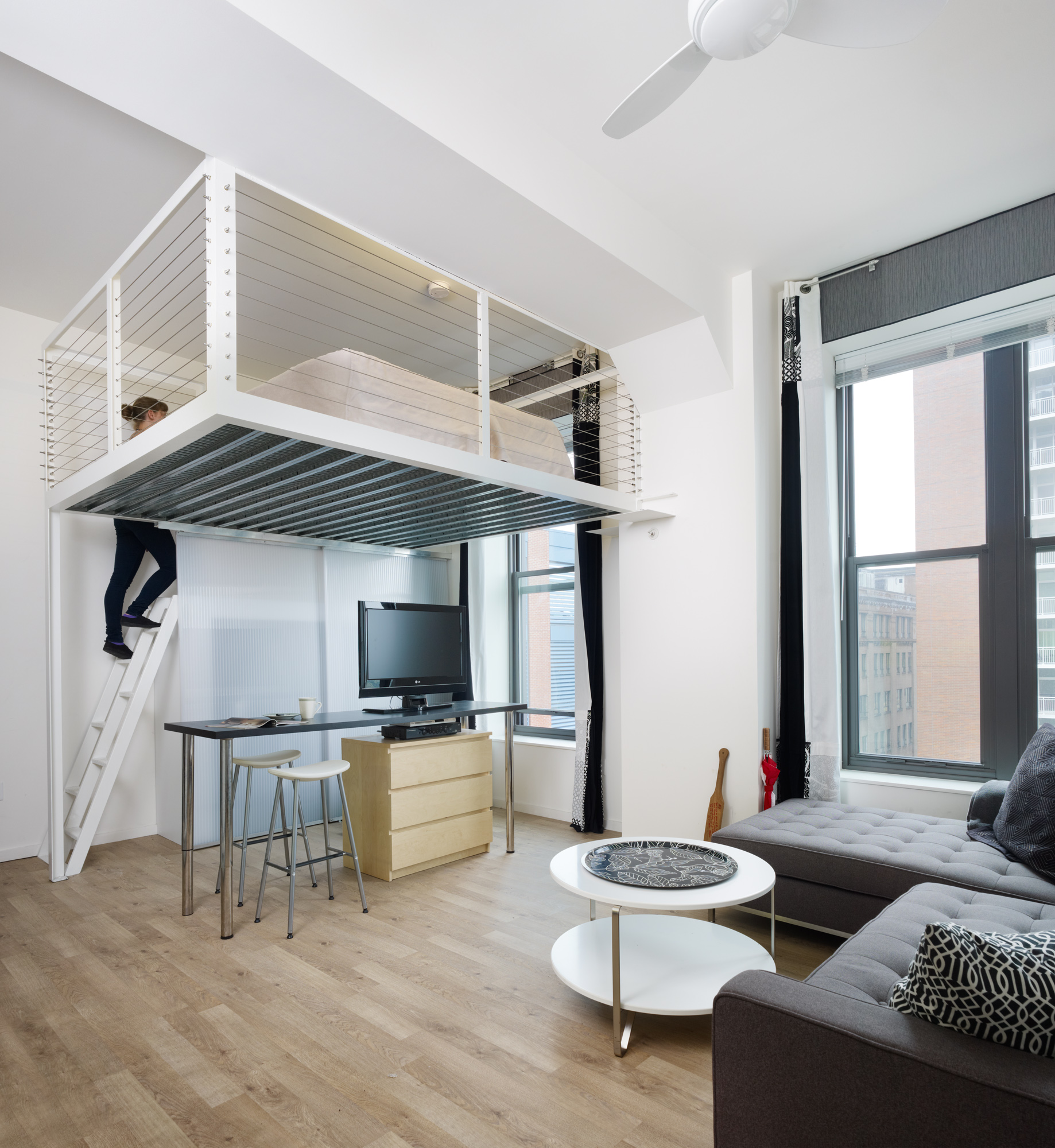 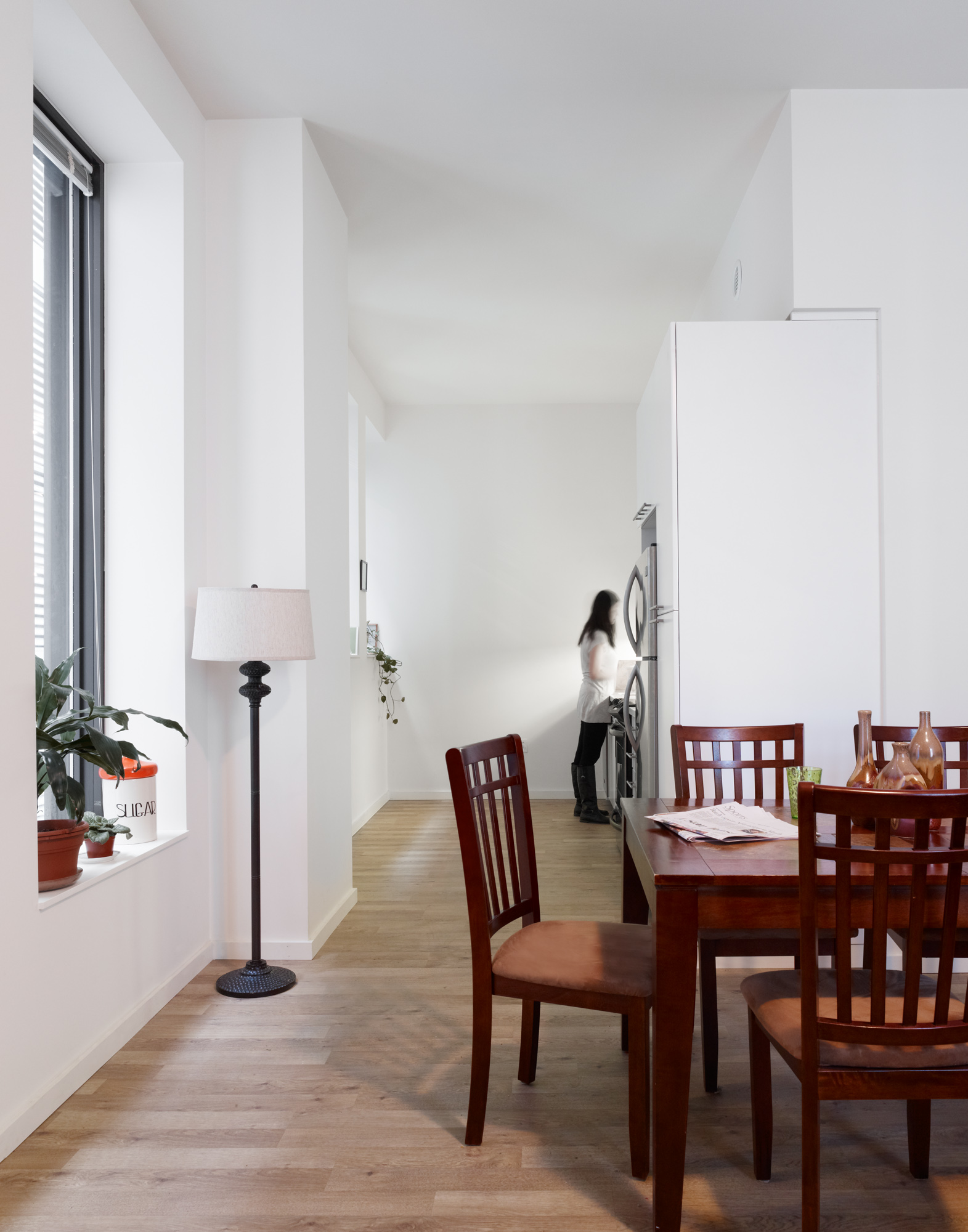 The Century Building is home to several outdoor amenities, including an innovative, integrated bike storage system used by both current residents and the public. The bike center is made of recycled metal shipping containers that were subsequently sanded and painted bright green, with a billboard depicting a bike. To encourage healthy living and sustainability, the bicycle storage center is open to both commuters and Century Building residents.

In the past 10 years Pittsburgh has made a huge initiative to encourage non-car commuters, including a introducing a Bike Lane on Penn Avenue and hosting several events for bike enthusiasts. Following the placing of the bike lane, bike commuters doubled. In fact, since 2000 Pittsburgh has had a 408% increase in bike commuting, the largest jump of any city in the nation- putting us in the top 11 biking cities in the country. As recently as the Spring of 2016, 11 street sculptures, doubling as bike racks were installed throughout the Cultural District. Each year Downtown Pittsburgh and Bike PGH hosts several events near the Century Building including Open Streets Pittsburgh, BikeFest, Lunchloop and Pedal PGH. Trek is dedicated to furthering the mission of Downtown Pittsburgh’s Bicycle Friendly Community. 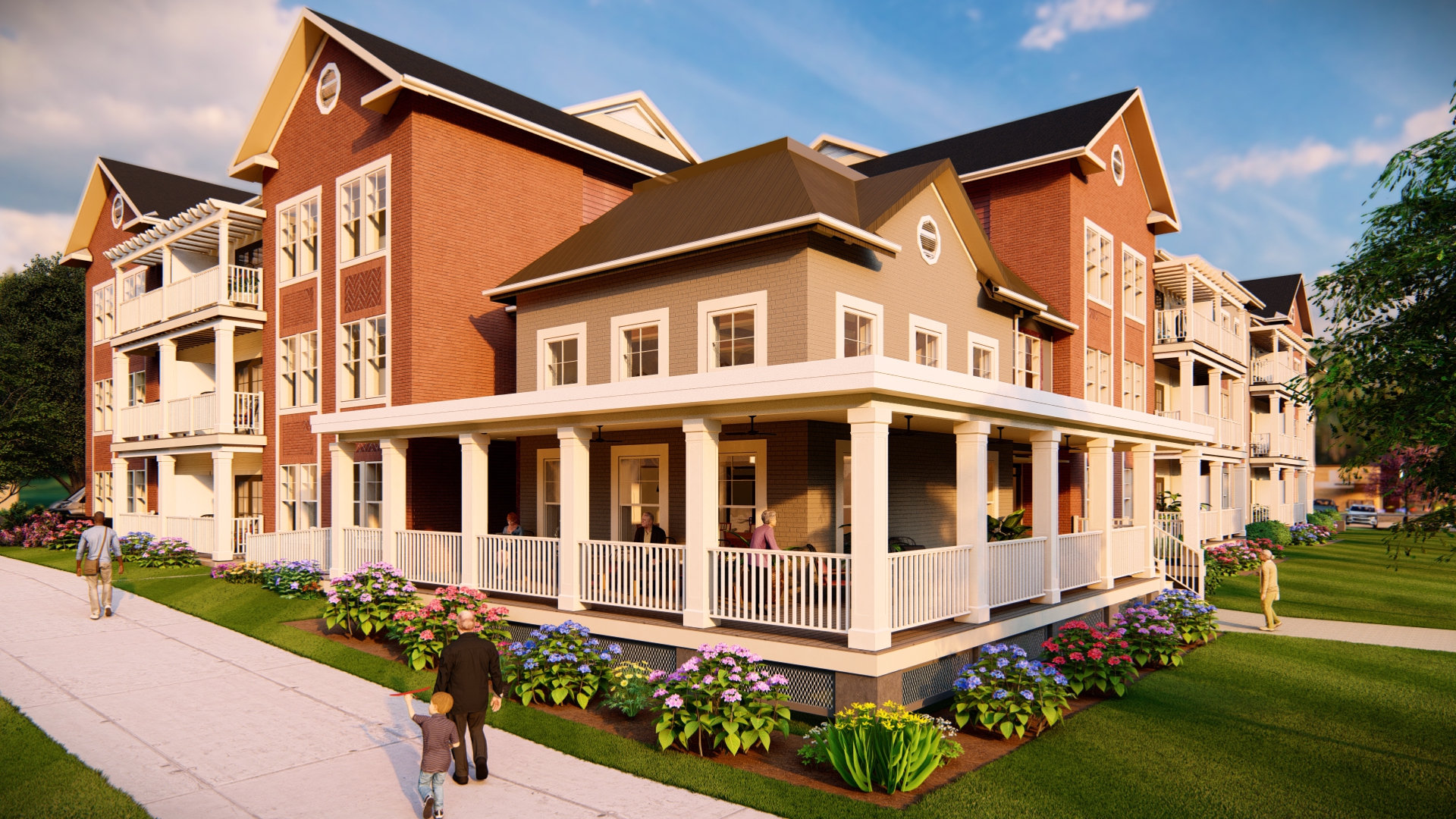 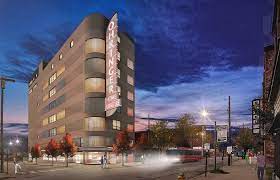 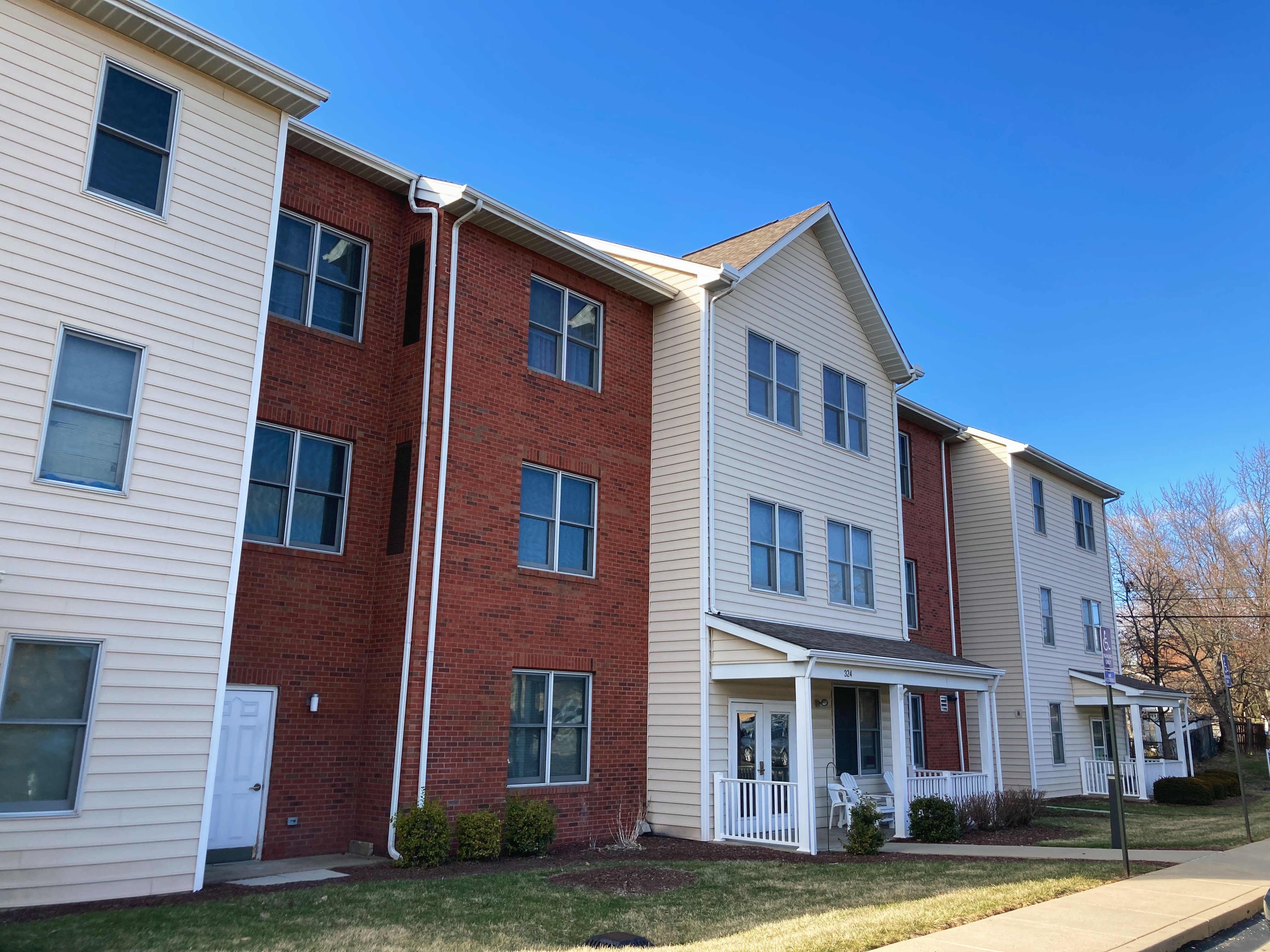